A small-sized institution with great ambitions and commitments

The Ecole is committed to training its students by adding to disciplinary training other elements, such as research projects, multidisciplinary training, linguistic and international openness, and beyond the wall experiences – whether social experiences, teaching or internships. This broadening of education represents an essential and vital evolution for the ENS, which is very committed to allowing a large intellectual freedom while developing individual tutoring.

The Ecole normale supérieure has more than ever a leading role to play in knowledge dissemination towards the general public. Since 2011 the ENS opens its doors during large public events, such the Nuit Sartre in 2013, Nuit des Sciences in 2014, or Nuit des sciences et des lettres in 2016.

In the same vein, the ENS organises a seminar for its students which is also open to the public, dealing with Actualité critique (discussing the news with a critical point of view). This seminary aims at drawing cartography of current discourses.

In the same perspective, the ENS is developing its own policy of knowledge dissemination. Already launched by the Savoirs-ENS website, this policy now rests in particular on MOOCs (Massive Open Online Courses) realisation. MOOCs represent indeed a key issue for broadening the ENS’ influence.

The ENS is committed in the PESU programme, which aims at promoting the equality of opportunities in the French education system. Among PESU’s actions, the Talens programme consists in giving to high school pupils the opportunity to be mentored by normaliens. These pupils come from some high schools of Ile-de-France in which most pupils do not have the opportunity to undertake lengthy and prestigious studies.

Last but not least, the ENS is committed, whether on the inside or the outside, to addressing gender inequalities, in particular in scientific disciplines. The ENS aims to be a role model, thus highlighting the role of women in scientific teaching and research and contributing to deconstruct the phenomenon of women’s self-censorship. See the web series Place aux femmes scientifiques - NORMALE SUP’ S’ENGAGE).

As part of PSL Research University, the ENS is joining a part of the digital revolution, developing in particular digital humanities or launching digitisation of the existing libraries collections. 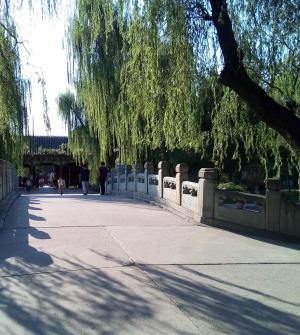