Ada Altieri wins a L'Oréal-UNESCO For Women in Science Fellowship

The young statistical physicist is recognized for her work

Congratulations to Ada Altieri, a Postdoctoral Fellow in the Physics Laboratory of the École Normale Supérieure (ENS) for winning a 2020 L’Oréal-UNESCO For Women in Science program France Young Talents Fellowship. 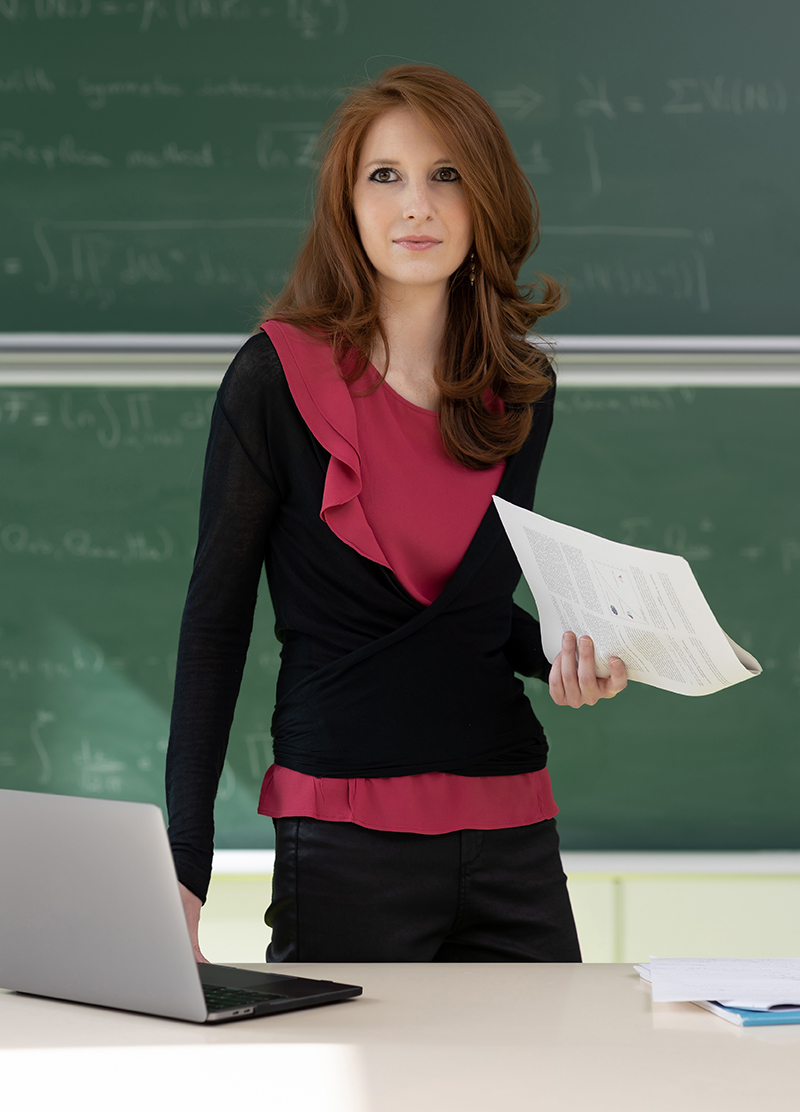 Statistical physics helps us understand the world around us

How can we describe the emergence of collective phenomena in ecological communities?  What are the factors that cause a system to become unstable? How do we characterize multiple equilibria in the evolutionary dynamics of populations?
Such are the kinds of complex questions that Ada Altieri, a 30-year old Italian researcher, asks herself on a daily basis. The young scientist has been employing statistical physics to model ecosystems since joining LPENS, the ENS Physics Laboratory, in 2018— and that work that has won her the 2020 L’Oréal-UNESCO For Women in Science program France Young Talents Fellowship.

“Solid theoretical models supported by a remarkable amount of experimental data have proven relevant to approaching key issues such as migratory flows, the development of chaotic dynamics as detected in plankton or any number of plants, and the spread of disease,” she explains.

Ecological systems are characterized by spatiotemporal dynamics that need to be studied. Even small perturbations can bring about serious and sudden changes in the surrounding environment and unleash complex phenomena. This is a rapidly growing research field, but it has proven difficult to establish a solid theoretical framework capable of describing an ecosystem that contains a large number of interacting species.

Ada has committed herself to such a framework, proposing an innovative approach based on direct correspondence between ecological communities and glassy systems (1), in which disorder plays a central role.
The researcher studies the emergence of collective behavior and of the transitions between various phases. She is particularly interested in the disordered phase, which is characterized by the appearance of multiple equilibria,  whose dimensions of stability she analyzes in order to precisely estimate just how complex an ecosystem is.
While Dr. Altieri has been studying physics since she left high school, it wasn’t until she was completing her doctoral work at La Sapienza University in Rome and Paris-Saclay University that she found the research project she would make her own.

Her research is connected to the theoretical study of disordered systems such as spin glasses (2), constraint satisfaction problems, and their mutual proximity to low-temperature glassy physics.
However, she quickly realized that the native complexity of glass or metal alloys could be pushed further, to represent the starting point from which to study more complex ecosystems at the edge of stability. “The universality that seems to connect them fascinates me, as do the challenges and questions particular to each of these complex systems.”

More than anything else, the passionate scholar views modern science as a highly integrated and interconnected system: “I find myself drawn to this dense network of connections that allows me to separate out the concepts and dig into the meaning of things. I’ve been hooked on science since I was a kid, particularly math, and I was fascinated by the early computers and electronic gadgets I’d find lying around the house at that time.”

She decided to pursue a career as a scientist, and more specifically as a physicist, when she was in high school in Italy. “I should add that over the years, I’ve been exposed to many brilliant minds, including some who are internationally renowned. Such encounters have often left me thinking that there is no place I’d rather be!”

For Ada, the study of physics is an opportunity to come to a deeper understanding of the laws of nature and mechanics that act upon the Universe, from the infinitesimal to the infinitely large. It’s a career choice whose high stakes she recognizes, even as she appreciates its gifts: “There is no doubt that this will be a path laden with obstacles and strewn with sacrifice, but it is such an exciting one, filled with the absolute joy of discovery and of seeing your own ideas come to fruition. So let go, explore, and dream!”
This invaluable advice came to her from the writer Carlos Castaneda, whose words she chose as an epigraph to her doctoral thesis, and which she was kind enough to share with us:

Modern physics: a path with a heart?

A path is only a path, and there is no affront, to oneself or to others, in dropping it if that is what your heart tells you. […] Look at every path closely and deliberately. Try it as many times as you think necessary. Then ask yourself alone, one question. […] Does this path have a heart? If it does, the path is good; if it doesn’t it is of no use. (3)

The researcher here aims her comments at young girls, who she feels often self-censor in a way that prevents them from getting ahead: “Don’t let yourself get discouraged by societal prejudices or the general environment around you. It’s important to assert yourself, and not let yourself be affected by the sexist stereotypes that can make it harder to move into a career in science, particularly in the “hard sciences.”  Brilliant women past and present have taught us that science is not a gender issue.”

Ada recognizes that being recognized by the very prestigious L’Oréal-UNESCO For Women in Science program is “a unique opportunity.” The award will help her establish herself as an independent researcher by facilitating her participation in a number of international conferences and helping her forge new collaborations with other experts in the field.

Her findings in ecological theory are based on the development of new, sophisticated analytical and digital methodologies, and it’s important that she is able to discuss them with researchers who have mastered the latest experimental approaches, even if they are housed in schools and institutes all over the world.

And while Ada wants to promulgate her own scientific ideas, she also wants to help other women in Science. She is interested in convening with eminent female researchers for thematic roundtables or conferences at home or abroad — anything that might “allow us to showcase the innovative perspectives opened up by women.”

(1) As well as existing in a solid, liquid, or gaseous state, matter can also exist in other forms, including glassy or amorphic: ordinary glass in an example of these.
(2) Spin glasses are disordered magnetic systems. They are formed by randomly incorporating atoms carrying magnetic moments (i.e. iron, manganese, cobalt) that are acting as miniscule elementary magnets into a nonmagnetic (i.e. copper, gold, silver) matrix. The arrangement causes disordered magnetic interactions between atoms, which mathematicians, physicists, and computer scientists like to model. Source: Encyclopédie Universalis
(3) Carlos Castaneda, The teachings of Don Juan: A Yaqui Way of Knowledge, 1968

We would also like to congratulate Liat Peterfreund, a Postdoctoral Fellow in the Computer Science department at ENS and another winner of a 2020 France Young Talents Fellowship. Read an interview with her here (French).