A paper featured on Science Magazine cover this week

Physicists from the Laboratory of Physics of ENS (LPENS) and from the Center for Nanoscience and Nanotechnologies (C2N) have revealed the exotic quantum properties of anyons, intermediate particles between fermions and bosons. Their work is published in the journal Science and featured on the cover. 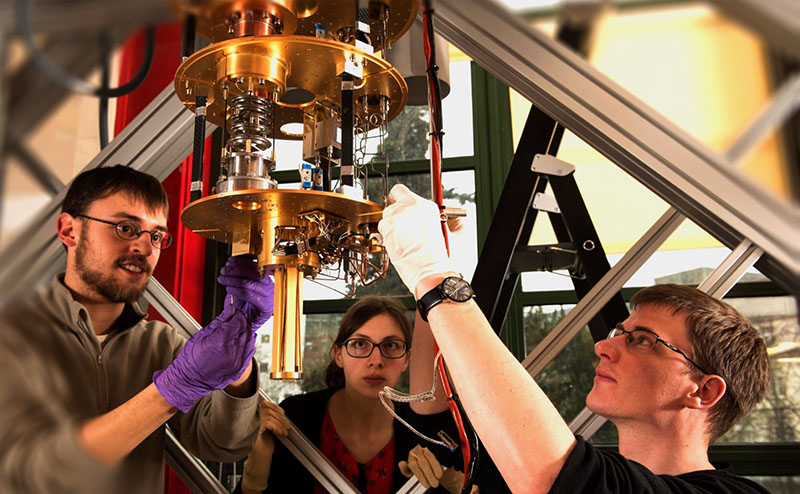 In our three-dimensional world, quantum mechanics that describes the microscopic world allows only for the existence of two types of particles: fermions and bosons. Among the fermions, the most familiar one is the electron, which ensures the transport of electric current. An example of a boson is the photon, the elementary particle associated with the propagation of light. Fermions and bosons have completely different collective behaviors. Fermions tend to repel or exclude each other, thus explaining phenomena as varied as the electronic structure of atoms, the stability of neutron stars or the difference between metals, which are conductors of the electrical current, and insulators. On the contrary, bosons tend to bunch together, thus explaining certain properties of light but also how the condensation of a large number of bosons in the same state can explain superfluidity or superconductivity. To characterize the distinct quantum behaviors of an ensemble of fermions and bosons, one speaks of fermionic or bosonic quantum statistics.

The situation is completely different in a two-dimensional universe for which other types of exotic quasiparticles can exist, and which differ from fermions and bosons. These quasiparticles appear in certain types of two-dimensional electrical conductors in which the electrons interact very strongly with each other. The collective movements of the electrons are then perfectly described by the motion of new elementary objects, anyons. They are so called because of their novel properties, intermediate between the fermionic and bosonic ones: unlike fermions that exclude each others, and bosons that condense together, anyons can occur in small, exclusive groups. The existence of these anyons was theoretically predicted forty years ago, prompting many theoretical and experimental works to highlight them. Some of their exotic properties have been observed, such as their fractional electric charge - that is, a charge equal to a fraction of the elementary charge of an electron. However, their nature, fundamentally different from fermions and bosons, had remained inaccessible so far.

To probe the quantum properties of anyons, it was necessary to return to the heart of the different behaviors caused by different quantum statistics. Researchers from LPENS used an electronic chip fabricated by physicists from C2N, and which allowed them to implement collisions between anyons in a two-dimensional electrical conductor. Colliders are the instruments of choice for characterizing the effects of quantum statistics. Indeed, by observing the results of a collision between two particles, physicists can quantify the tendency of quasiparticles to bunch together or to exclude each other. To preserve the quantum properties of anyons, these experiments had to be carried out in a microscopic conductor, of a size comparable to the diameter of a hair, and at ultra low temperatures, more than ten thousand times lower than room temperature. The result of these experiments made it possible to characterize a tendency of anyons to regroup in packets of particles, a behavior completely different from that of the electrons from which they originate. This result corresponds to the quantum behavior expected for anyons, thus demonstrating conclusively the existence of these exotic quasiparticles that are neither fermions nor bosons. 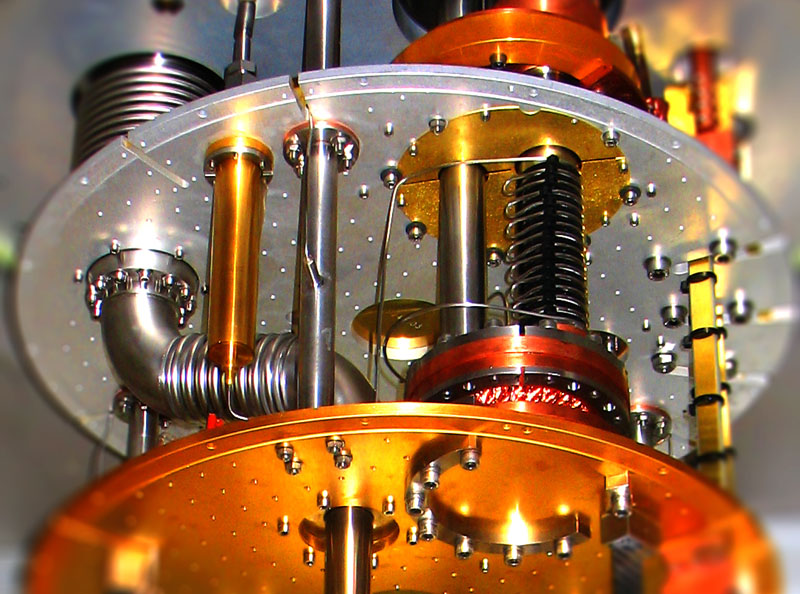 These results have above all a fundamental interest, making it possible to widen, in two-dimensional systems, the spectrum of known particles. They also allow physicists to manipulate elementary objects with new properties. For example, certain types of anyons, called non-abelian anyons, have very promising applications for building a so-called topological quantum computer whose calculation operations would be based on the exchange of the positions of such anyons. The manipulation of quantum states, which is the basis of quantum computing operations, is currently a very fragile operation and therefore a major technical issue. On the contrary, operations based on the braiding of anyons should be very stable against external perturbations. Topological quantum computing thus holds the promise to considerably improve the robustness of quantum calculation operations.