A unique collaborative workshop with Columbia University, the ENS-PSL, and the EHESS

Part of the project “Youth in a Changing World”

June 29th, thirty students from the École normale supérieure and the École des hautes études en sciences sociales (EHESS) will participate in a collaborative workshop developed by Columbia University. The idea is to better understand how youth throughout the world influence, and are influenced by, a rapidly changing world. 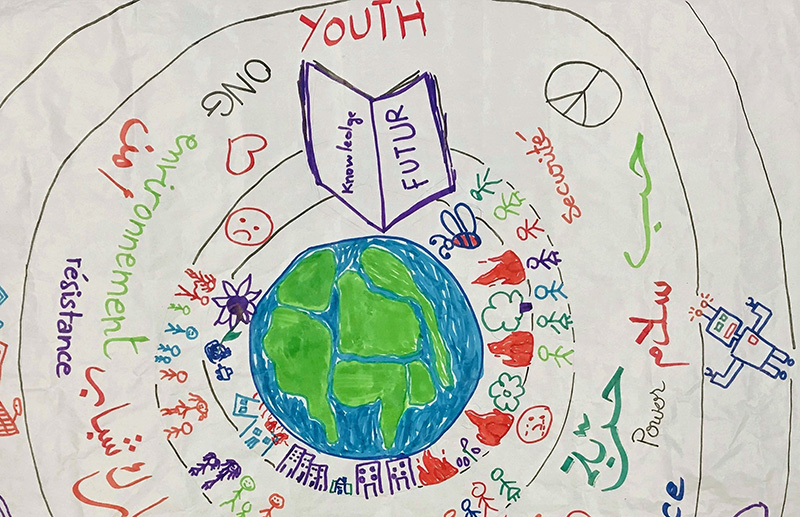 “How are youth around the world affecting and being affected by the rapidly changing world?” This is the question to be discussed by the 15 normaliens and normaliennes who are participating in the collaborative workshop organized by Columbia University, in collaboration with the ENS-PSL and the EHESS June 29th.
This workshop is at the heart of a four-year research project, “Youth in a Changing World,” developed by the Columbia Committee on Global Thought (CGT), in collaboration with Columbia Global Centers.

This initiative, launched in April 2017, has included a series of workshops across the globe. The participants discuss the ways in which their future aspirations affect, and are affected by, a world in constant evolution. The project ultimately aims to identify commonalities and differences among global youth populations, and to move towards producing concrete proposals for meeting global and local challenges.

The participating normaliens and normaliennes, all volunteers, come from a variety of academic backgrounds: philosophy, geography, physics, cognitive science, economics, social sciences, biology, literature and languages, and history.
During the virtual workshop, led by a member of the research team at Columbia and co-facilitated by 5 student-organizers from the ENS and the EHESS, the students will discuss subjects related to youth in France. A resume will close out the conversations.

The preliminary results of the project “Youth in a Changing World” will be published on Columbia’s website this fall, and a digital report of the project will be sent to all partners who collaborated on the project.