Finding answers to the problems of language

An interview with Professor Dorothy Bishop, who has been awarded an Honoris Causa doctorate by ENS

Professor Dorothy Bishop is one of the world’s leading authorities on Developmental Language Disorder, a condition that prevents children from properly using and understanding their native language. An honoris causa doctorate from ENS is only the latest in a series of awards in her distinguished career. 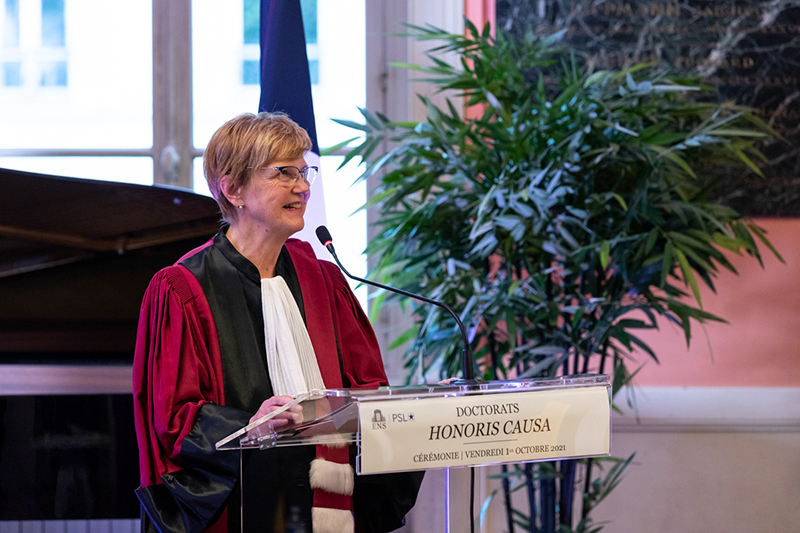 Learning to speak seems such a natural process that a child’s language development is seen as an inevitability, and something that can be taken for granted.
If only that were true.
Instead, between 5% and 8% of pre-school children are believed to suffer from Developmental Language Disorder, an under-publicized condition that can have lasting effects on a person’s life chances. Professor Dorothy Bishop, a neuropsychologist at the University of Oxford, recently received an honoris causa doctorate from ENS for her contribution to our understanding of the disorder.

“In some regards, it’s a little like dyslexia, where you have a child who otherwise seems to be developing okay, but has this selective problem with reading,” she explains. “But with DLD, while there might also be a problem with reading, it’s mainly with the spoken language. And like dyslexia, you don’t just grow out of it. In adulthood, people will continue to have problems, but those problems tend to sink down and not get noticed.”

While Prof. Bishop’s work has been rewarded with a series of fellowships, including the Royal Society and the British Academy, her career in science was far from pre-ordained. Her English father had left school at 14, and although her German mother came from a family of academics – with Annemarie Eucken’s father and grandfather both being university professors – her mother had no interest in academia and exerted no pressure on her daughter to follow in the family tradition.

Instead, it was a natural affinity for study and the pleasure of learning that took Prof. Bishop from her school in Ilford, Essex to a university place at Oxford to study experimental psychology, albeit after a wayward interview for another course, featuring philosophy. Unlike her great-grandfather Prof. Rudolph Eucken, who won a Nobel Prize in the subject, “it was clear that I would be absolutely hopeless as a philosopher,” she recalls.

Instead, her course led to a consuming interest in neuropsychology, triggered in part by a series of visiting lectures by one of the field’s founders, Hans-Lukas Teuber of MIT. “He had studied people who had suffered gunshot wounds to the brain during World War II, and he found that the precise location of the wound seemed to affect a particular faculty, such as arithmetical computation, or created a visual or language problem. And I found that a fascinating insight into how the brain works.”

A return to Oxford

While language had always been a subject of interest, the turning point in her career came almost by chance, in 1975. Having spent two years on a Master’s course in clinical psychology at the Institute of Psychiatry, an opportunity arose to return to the University of Oxford to do a PhD, working under Dr. Freda Newcombe at the Radcliffe Infirmary. “She was getting a lot of referrals of children with odd language development and was looking for someone who might develop that area, which at the time was under-researched by neuropsychologists. The very limited amount of research had been carried out by speech and language therapists, who had a different perspective on the problems.”

Prof. Bishop seized the opportunity and has never looked back. Her career at Oxford, along with spells at the universities of Newcastle, Manchester and Cambridge, have made her a world authority on a condition that can present in several different ways.

“In young children, they may sound like a much younger child,” she explains. “At the age of five, they may sound like a two-year-old, using very simple constructions and just putting a few words together – such as ‘yesterday me go school’ rather than ‘Yesterday, I went to school.’ By eight or nine, their language wouldn’t sound abnormal – but when you analyzed their speech, you could see they were speaking in very simple sentences, rather than using a main clause and lots of subordinate clauses.” 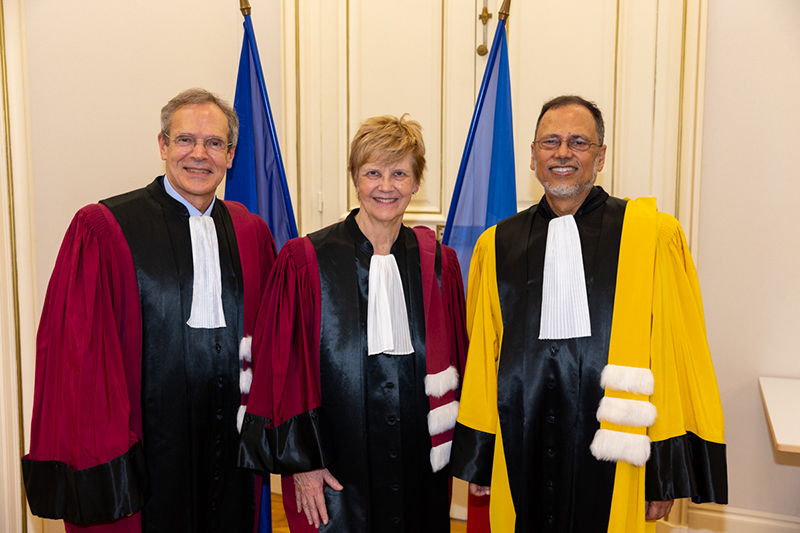 The disorder can also reveal itself in comprehension problems, which can be diagnosed through testing a child’s understanding of a text, or as more deep-rooted cognitive difficulties. “There are kids who talk in long, complicated sentences, but who do not draw the right inferences, and who are rather literal in their understanding. So, if you say ‘Draw the curtains’ they would literally draw a picture of the curtains. Their problems may veer towards what you might see in autism, although they would not be registered as autistic because they do not have its other characteristics.”

Along with highlighting the condition, Prof. Bishop has achieved a series of breakthroughs in our understanding of its underlying causes. Her research has successfully contradicted the long-held notion that it was the result of poor parenting – namely that mothers and fathers did not talk to their child enough – or was purely due to an auditory impairment. Instead, she has revealed the mainly genetic origin of DLD, although it is not produced by a single gene. As for the root cause, she believes that “a small subset of children may have auditory problems, but short-term memory seems to be more of an issue. Things fade away too rapidly for these children to cling on to enough language to really extract all the meaning from something.” Her work has also contrasted DLD and autism, finding that although there are clear distinctions between these conditions in most cases, there are children who fall between the cracks, and have some social and communicative difficulties that resemble autism, but without the restricted and repetitive behaviours that are needed for a diagnosis. Rather than inventing a new diagnostic category for such cases, Prof Bishop recommends accepting that there is some continuity between conditions, and using the diagnosis that will give the child access to the most appropriate intervention. Her work has led to pioneering techniques for assessing different aspects of language disorder, thereby paving the way to earlier diagnoses.

Genes are not destiny

People can respond negatively to news of a genetic basis for language disorder. “I try hard to get across the fact that it’s not a case of ‘genes are destiny’ and that nothing can be done,” she insists. “But you may need an intervention that is precisely tailored to your problems, rather than just general language stimulation. And if we can’t cure you, we can certainly help you function better.” Prof. Bishop draws a parallel with myopia: “If you’ve got bad vision, you’re not expected to stumble about the world being blind, we give you glasses. You still have poor vision, but now you can function. For DLD, we are still evaluating treatment options, but the most effective seem to be very intensive speech and language therapy tailored to the child’s needs. And we can also help with advice to teachers: it is important to be aware of children’s short-term memory problems, being aware that they may not have fully processed an instruction, and making sure these children have understood one thing before moving on to the next.”

Along with her scientific achievements, Prof. Bishop has also campaigned to raise awareness and research funding for the condition, particularly after discovering the support being given to other disorders. “I couldn’t believe the difference in research funding, for DLD it was a 20th of that for autism. Now, you can argue that autism is typically a more serious condition, but another comparison was with ADHD (Attention Deficit Hyperactivity Disorder), which is very similar in terms of the severity of its effects on people’s day-to-day lives and in terms of its frequency. And again, it received 20 times the funding for DLD.” Part of the problem for such an imbalance has been a longstanding lack of consensus among scientists and academic on terminology, a shortcoming that Prof. Bishop was instrumental in ending by leading an international consultation on the issue.

Given the need to raise the profile of the condition, the recognition given by ENS to Prof. Bishop’s work can only help. As a pro-European who was against Britain’s departure from the European Union, she has been particularly moved by the honoris causa. “To be asked to such a distinguished place was such a nice reaffirmation that politicians can do what they like – but that we academics don’t want these barriers,” she says. “And I certainly hope that it’s the beginning of a closer association with ENS.”